Things were looking up for Andrew Jones, Wales’ very own writer-producer-director extraordinaire.  That is if, like many folk, you consider IMDb to be the sole barometer of a films worth, then his celluloid CV was on an upward trajectory that seemed capable of overshooting the Severn Bridge. Following his company, North Bank Entertainment’s debut with Night of the Living Dead: Resurrection, which currently occupies a fragile 2.5, the sophomore flick, Silent Night Bloody Night: The Homecoming, stands at a 2.6. The tertiary film to hit UK DVD was The Amityville Asylum – now at 3.3, while North Bank’s magnum opus, Theatre of Fear, lies at a whopping 4.3. If, like many folk, you REALLY DO consider IMDb to be a true barometer of a films worth, well, then you’re an idiot. I mean it! Especially if you’re a horror fan, as every muppet who considers Annabelle to be the greatest genre flick ever made, judges all other fright-flicks with a multi-million dollar level of expectation and rates Jones’ movies with low-end scores. You know that already, right? So, all you real horror people are pretty pumped to find out the skinny on his new film, THE LAST HOUSE ON CEMETERY LANE.

Screenwriter John Davies (Lee Bane) has grown tired of living in London, and moves to an old manor house in a sleepy West Wales village to escape from the rat race. At first, along with a romance with his attractive neighbour Cassie Konrad (Georgina Blackledge), this reduction in the pace of life is a welcome change; that is until unexplained occurrences begin to occur in his new abode.

The great satisfaction of following a film-makers career (although James Plumb directed the first two North Bank flicks) is seeing it develop and the work become more slick and textured. That’s certainly the case here, albeit in a film that never quite reaches the gleefully sadistic heights of Theatre of Fear. This is a slow mover despite its relatively lean (seventy-eight minute) running time, and unfortunately never quite cranks the tension up to the level that you’d hope for. That said, Jones’ technical prowess is an aspect that continues to impress; with an established shooting style, atmospheric lighting and a score which succeeds in crafting a degree of unease, there’s a lot to like here. If you check the box out and fall for ‘The Shining meets Insidious’, you’ll be sorely disappointed, as this slow burning chiller earns the right to shake off the shackles of lazy marketing orientated comparisons. 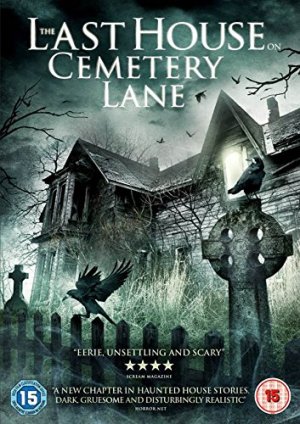 Rustam Branaman is in his third decade now of a film industry based career, having turned his hand to writing, producing and occasionally acting too. Mainly low budget fare, his CV is littered with somewhat mediocre offerings that have occasionally made their way into the UK.  Terrified is one that conjures the days of the video store – released over here as Evil Never Sleeps on the Third Millennium label, is was a canny cash-in on Heather Graham’s new found success as Rollergirl in Boogie Nights.

In THE CULLING, a circle of college friends head out of town for a fun-filled long weekend, but their plans change after finding a seven year old girl alone at an empty café along the highway and have no choice but to drive her home. When they arrive at her place, it soon becomes clear that the little girl is not all she seems, and the isolated group are about to experience the horror of the demonic spirit that lies within her.

With a head-scratching five-star review from a UK genre magazine (despite it getting a mediocre three on its website), this flick does contain quite a unique idea at its core, though hits the heights to stand out from the DTV pack. Credit is due though for a minimal pre-amble which gives way to an eerie hook when these college grads head out on their way to SXSW and come into contact with this unusual child. It’s a great property that the group drop this little girl off at; filled with all kinds of freakishly deformed and broken dolls, it’s the antithesis of the loving sanctuary of Stuart Gordon’s Dolls. As our gang accept an invitation to stay in this home for the night, things border on the preposterous – “We’re missing the Chilli Peppers for this?” – I mean, come on! And such eye-rolling exposition gives way to a slightly aimless middle third which get bogged down in a merry-go-round of clichéd set pieces and mock terror. It gains some momentum during its final curtain, but otherwise it’s another addition to that rapidly rising DTV landfill. 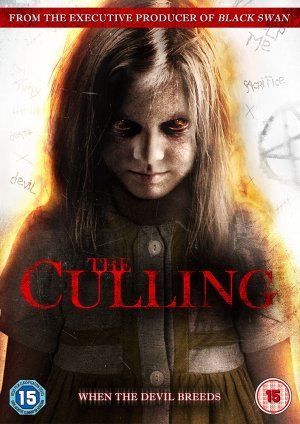 SALEM WITCH HUNTERS has been knocking around the DVD schedules for about a year or so. As with last week’s Lake Fear, a title change was deemed necessary from the rather timid The Secret Village, along with some jazzy new artwork which in no way resembles the film. We also have a sneaky ‘18’ certificated trailer prior to the film to raise the classification of the overall package up from a ‘15’, although credit to Point Blank, unlike some other folk they have indicated with on the case.

Greg (Jonathan Bennett), an unsuccessful screenwriter and Rachel (Ali Faulkner), a journalist, research an outbreak of mass hysteria in a small village. They begin to uncover a secret about a deadly poison that’s affected this village for years. However, the cult activity has been kept a secret by the locals, and when Greg disappears, Rachel is left to unravel the mystery alone.

What a mess. A faux-historical on-screen intro tells us how in Massachusetts Colony in October 1666, twenty-two people died from mysterious causes. A slave was presumed guilty of the crimes, having been possessed by witchcraft, and subsequently burned at the stake. The truth about their deaths has apparently been covered up for centuries, until now, as journalist Rachel seeks out this long hidden secret. It could be a commendable set up, but it’s just so ham-fistedly executed. Village residents offer such hackneyed advice as “stop digging up the past” and “leave now if you know what’s good for you”. Alas, such useful guidance is overlooked and Rachel continues to dig with all the tactfulness of a Nancy Drew novel. It does feel juvenile too; bloodless, nudity free and with an absence of curse words, it’s akin to a Lifetime Channel TV movie. The legend that’s Richard Riehle crops up a few times, but it’s all too little to save one of the most forgettable DTV entries of recent weeks.