Two films into the career of the Piccolo brothers, Maurizio and Roberto, and I must admit I wasn’t really overly enamoured by what I’d seen so far. I found both The Hounds (2011) and Evil Souls (2015) to be fair, if rather ordinary movies, but after reading the admiring thoughts of people like the esteemed MJ Simpson, I began to question if perhaps I was missing something. Well, with the release of MY LITTLE SISTER via Left Films this week, I think I might finally have cause to kneel before these inventive Italians.

Sheila (Holli Dillon) and Tom (Mattia Rosellini) are camping deep in the back of beyond, where upon returning to their tent they discover their friends Jessica (Astrid Di Bon), James (Antonio Pauletta) and Nadine (Sofia Pauly) are missing. A passing, axe-wielding local (David White) warns them in his best Crazy Ralph impression that “These woods aren’t safe here”, before delivering a cornball classic of the type we need more of, “They call him Little Sister, and he’ll rip your face off”.

Admittedly having a crazed lunatic in your movie and calling him Little Sister can go either way, but fortunately for the Piccolo brothers it really seems to work, especially when the necessary backstory gets painted in throughout the feature. With his stooped walk as he painfully wheezes for breath, his sewn together mask of skin does seem a slightly familiar inclusion, but generally speaking he’s a captivatingly created psychopath.

With minimal dialogue throughout, it plays almost like a silent movie, which in turn demands a simple narrative that it delivers with ease. Don’t get complacent though, as the Italian siblings take a bold left turn when you least expect it; a move that should be applauded for its originality. Such a deft piece of story development really gives it a captivating edge, which means that come the end of this concise (seventy-two minutes minus credits) feature, you’ll likely pencil in a rewatch before the year is out. 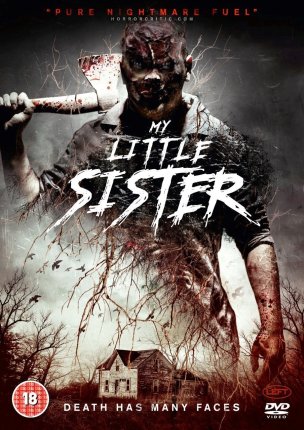 After his gay teenage son suffers a violent attack, Juan (Sergio Hernandez), a withdrawn manager at a mannequin factory struggles between paying his son’s exorbitant medical bills and his last attempt at becoming partners with his boss. As he runs into dead-ends and unexpected betrayals, he’ll discover the world he knew was already waiting to be violent with him too.

There was a statistic floating around this week with regard to Commonwealth Day (March 13th) that said ‘It’s illegal to be gay in forty-two out of fifty-three Commonwealth countries’. A horrifying figure, and one that’s a welcome wake-up call for us sitting in the relatively liberal confines of the UK. It’s an issue that’s echoed throughout the world, and although somewhere like Chile is seeing an expansion of LGBT rights (Civil unions were legalized in 2015), there’s still an undercurrent of fear etched into the community, which Alex Andwanter captures perfectly in his film YOU’LL NEVER BE ALONE.

Though it falls short of The Laramie Project (2002), that peerless TV movie that covered the heinous attack on Matthew Shepard, Andwater’s movie is still a fascinating and powerful piece of work. Led initially by the excellent Andrew Bargsted, who as Pablo, a teenager with a penchant for cross-dressing, is forced to indulge in his predilection under dimmed lights and closed curtains while his father is at work. His love life fares no better, with his closeted boyhood friend Felix (Jaime Leiva) meeting him for guilt-fuelled sex sessions that ooze a loveless brutality.

The tone of the film changes markedly in the wake of the attack on Pablo, and it’s a vomit-inducing moment of barbarism too. His single father is faced with a litany of crises as he drifts with bubbling frustration between a hospital demanding money, and work complexities going unresolved, while all the time trying to accept his son’s sexuality. Such a shift quells the early brilliance a wee bit, but coupled with a lush understated electro score that feels like Michael Mann in his pomp, it’s still a highly recommended piece of World Cinema. 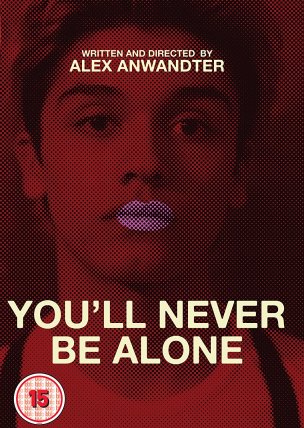 Another week, another slice of Gilt Edge Media mayhem, winging its way into the lower reaches of the budget DVD section of a popular supermarket chain. With the snappy title QUADRANT 9EV9: ZOMBIE MUTANTS (don’t worry, it’ll make sense when you watch it), David Maga’s movie adds another entry into the well-worn genre that sees every synopsis begin with ‘Five College students… ‘

Here, this quintet of nubile young things are headed into the middle of nowhere to catch a meteor shower for the benefit of their Astronomy class, and upon reaching their location are faced with the prospect of it lying in a potentially dangerous location. “According to this app, it’s an old military base and we should stay clear” declares one of the pack, taking me one step closer to a full house on cliché bingo. But, at least the movie didn’t begin with a grainy flashback of the base conducting a doomed zombie-orientated experiment that ended with the words “We are shutting this project down! Leave the subjects down here to rot!” Oh, wait…

Hackneyed plot devices aside, Maga’s film, which he shot way back in 2013, is a genuine slog. Devoid of any real pace, intrigue or characterisation to draw you in, it’s simply a case of drumming your fingers impatiently until the carnage begins. When that happens, it’s a predictable disappointment, as zombies that initially look passable under the moonlight, are outed as woefully made-up laughing stocks come sunrise. If only they’d listened to the ubiquitous creepy guy wandering through the woods who said “You kids shouldn’t be messing round in here!”   Bingo! 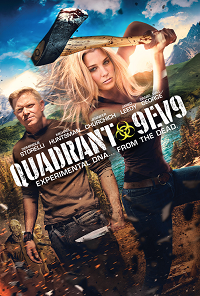