Welcome to this weeks’ edition of 4Digital roulette, where the veteran British distro release another horror-themed curiosity with a virginal IMDb page. Their latest title is the frequently frustrating Italy-lensed DTV’er DARK SILENCE, or The Blind King as it was originally known.

Following the tragic death of his wife, Craig (Aaron Stielstra) has recently moved into a new pad with his daughter Jennifer (Eleonora Marianelli). It’s been a particularly tough time for Jennifer, who was rendered mute in the wake of this bereavement, and her father is struggling to form a meaningful bond with her. However, with Craig seemingly always on the receiving end of parenting lectures from his sister Susan (Desiree Giorgetti), he’s struggling to maintain control of his own life, which quickly begins to unravel with the mysterious disappearance of his child.

Every movie needs to lure you in with a hook, and that’s where I really struggled with Dark Silence. From the get-go it was a really tough sell, not helped by an early tone that oozed a surreal and abstract nature. Scenes of lengthy dialogue do little to quell a clock-watching irritability, although my patience did pay off as it skirted around the realms of The Babadook (2014) and Under the Shadow (2016), albeit without the palpable, pulse racing horror that accompanied those films.

Hats off to Raffaele Picchio’s ambition here, but such lofty aspirations result in the picture’s flaws being all the more evident, no more so than with the curious creature that haunts Craig’s dreams; “You cannot escape Craig when you find yourself in my kingdom”. I feel a little sad to be so disparaging about Dark Silence, especially with its tip of the hat in Clive Barker’s direction, but it really left me in a state of shoulder-shrugging apathy, questioning its commercial appeal. 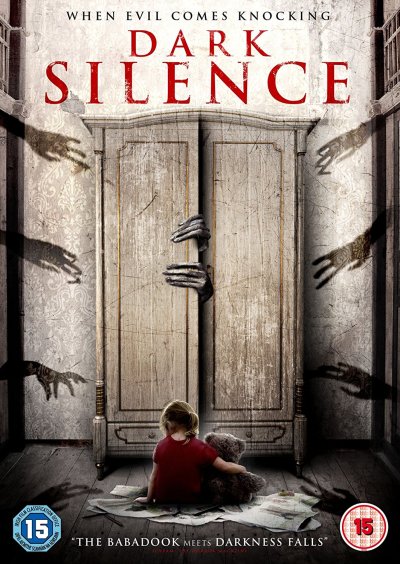 ELOISE is one of those movies whereby the history of the location is far, far more interesting than the actual feature itself. Eloise was a vast psychiatric hospital located in Michigan. Opening in 1839, at its prime it consisted of seventy-eight buildings set in nine hundred and two acres of land. It closed in early 1984, with the majority of the buildings now in a state of disrepair.

You would hope that such a fascinating background would be able to carry a good storyline, perhaps in the vein of Brad Anderson’s wonderful Session 9 (2001), but alas this tale of four friends in search of a death certificate that promises to grant one of them a substantial inheritance, falls markedly short of the DTV Junkyard seal of approval.

It all started so promisingly too, with a cursory look at the cast list revealing the likes of Eliza Dushku (Wrong Turn (2003)), Chace Crawford (The Covenant (2006)) and Robert Patrick (The Marine (2006)), but they’re all drowned out by the simplicity of the narrative, and the over-stylised visuals that dominate much of the final few reels of the picture.

I’ll admit I was initially serenaded quite sweetly by the likeable, well-crafted characters, most notably P.J Byrne as the excitably geeky Scott Carter, not to mention the unsettling exteriors of the actual Eloise Asylum; but, Robert Legato’s movie is undone by its simplicity and lack of any real horror to sink our fangs into. We’re at the very safe end of the PG-13 spectrum here, and what it lacks in gore, it fails to make up for in atmosphere. In most cases I’d shrug this off and relegate Eloise to my eBay pending pile without a second thought, but here I do so with a smidgeon of sadness, as I really hoped this would be a keeper. 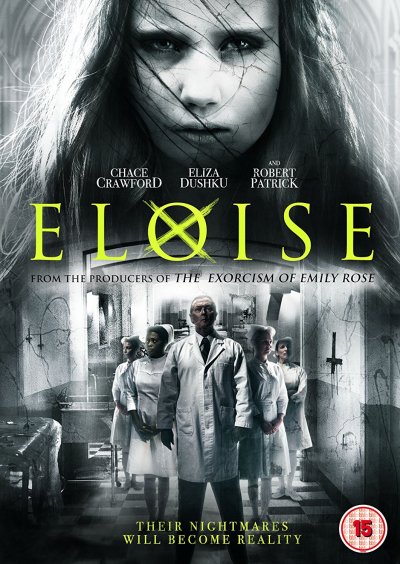 This weeks’ entry into the WTF’ery stack of head-scratching curiosities is THE CODE OF CAIN, a predominantly dubbed actioner that serves as a handy advertisement for the country of Belarus, to show that they (presumably) have the facilities to craft a feature film.

For what it’s worth, the storyline begins with world-renowned journalist Sara Ogden (Natasha Alam) who’s traversing the world in pursuit of carriers of a fatally dangerous ‘Stamp of Cain’, in order to prevent seemingly unrelated events such as mass murders, turmoil, revolutions and chaos. This quest is about head into life-threatening territory though, as during a visit to Belarus, she crosses paths with the one that’s she’s been searching for her entire life.

All credit to Gilt Edge Media for that, as how you can scribble a concise synopsis from a movie that’s bat-shit crazy in its persistent randomness and narrative tangents I do not know. At times it’s as if there are two movies edited together here – which admittedly wouldn’t be a first, but with ill-fitting inserts with the ceaselessly employed Eric Roberts, not to mention Oscar nominee Sally Kirkland, I found it more enjoyable to disengage my brain from attempting to grasp any strands of cohesive storyline in favour of just marvelling at the attempted action sequences.

Some of these are carried off with wince-inducing aplomb, with enough rolling cars to make you think it was 1985, but others such as a bizarre construction vehicle scenario that’s reminiscent of the trippy TV-movie Killdozer (1974), leave you wryly amused. As with other titles from this bargain basement distro it’s available for the princely sum of a fiver, but even at that low cost I’d be tempted to wait until it hit the charity shops for a fraction of that price! 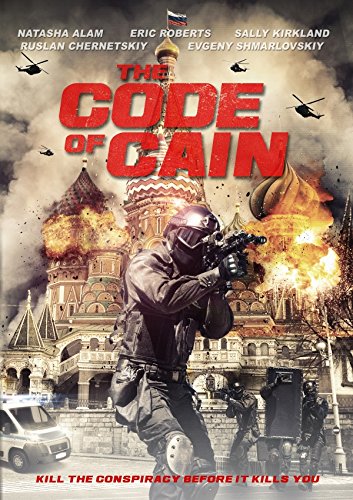