If I devoted the intro to DTV Junkyard as a love letter to my favourite zombie movies of all time, then chances are I’d still be waxing lyrical until next weeks’ edition. I must add though, that of late, the genre of the undead has been a real turn-off due to the sheer volume of movies being made; it’s total saturation.

Having said that, if there’s one type of shuffling corpse movie that does float my boat, then that’s the micro-budget post-zombie apocalypse survival picture, a niche that PLAN Z falls perfectly into. Much like similarly themed predecessors such as the rightfully deified The Battery (2012), and the lesser worshipped The Dead Outside (2008), Stuart Brennan’s film shies away from the tired simplicity of man versus zombie, to instead focus on a long-term strategy.

Craig has always thought about what he might do in a zombie apocalypse. When a deadly outbreak of Ebola erupts, his planning becomes more serious. As the virus mutates and makes the dead rise again, he must put his plan into action. Barricading himself in his house, his initial scheme quickly unravels, and he finds himself fleeing while adopting a more aggressive course of action. Meeting survivors en route, their bitter stories soon find even the pacifists amongst them turning towards the new plan. A Plan Z.

The Devon-born Brennan has been a regular fixture in the British genre scene with early roles in films like Andrew Jones’ The Feral Generation (2007), while more recently he played the titular character in the passable Rutger Hauer DTV vehicle, The Reverend (2011), which he also produced.

With its world premiere at last year’s Horror Hound Festival, Plan Z impresses right from the off with its canny broadening of the scale of the picture. There’s shots aplenty from Italy, France and USA as Craig tells of his globetrotting lifestyle as a photographer; a brilliant ruse that cleverly belies the small scale nature of the film, which at its core is set in just a handful of locations.

Brennan’s ambition doesn’t stop there either, with kick-ass camera setups and a playful riff on Shaun of the Dead (2004) as sharp, crisp editing with amplified foley work catches the eye in the first reel. Further on, the tone shifts subtly to bring the desperate situation into stark focus; this moribund tone really suits it though, as does the solemnity of the characters. As Plan Z heads into the final third, with its resigned acceptance of the world eroding around it, it’s plain to see this is a unique diamond in a vast quarry of exceedingly similar rocks. It’s also available for a fiver from most retailers. No brainer. 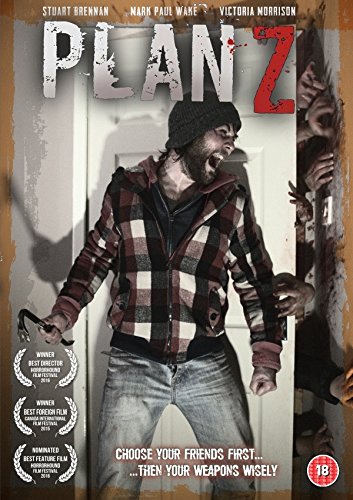 It’s an appetising twosome for budget British distro Gilt Edge Media this week, as paired with Plan Z is a Deep South set tale of lust and lasciviousness, THE UNWANTED. Based on the classic Gothic novella Carmilla by J. Sheridan Le Fanu, we’ve been privy to a handful of film adaptations of it before; Christopher Lee starred in Crypt of the Vampire (1963) for example, while perhaps the most famous incarnation was The Vampire Lovers (1970).

Admittedly, the thought of this hallowed work of literature being uprooted to Georgia and shot for chump change may cause a recoil of disdain among the purists, but I’d urge you to give this a chance as you may be surprised. Hannah Fierman plays Laura, a vulnerable young woman beguiled by a drifter (Christen Orr) who has come to her rural town in search of clues to her mother’s disappearance. The two woman uncover a litany of dangerous secrets, while all the time Laura’s father (William Katt) grows increasingly suspicious of the intentions of his daughter’s new friend.

Director Bret Wood has a history in adapting sexually charged curios ever since his directorial debut in 2006 with Psychpathia Sexualis, and here he imbues this heady slice of Southern Gothic with a tasteful natural eroticism. Much of this is down to the casting of the two leads, with Fierman just sublime as the doe-eyed Laura, oozing a child-like innocence that masks a dark secret of self-destruction. Meanwhile Orr as the flame-haired drifter Carmilla, is the perfect foil as she becomes gradually closer to the girl whose father may be concealing the truth about what happened to her mother. On the downside, the sound mix on my disc was a little overbearing with the dialogue both hollow and over-amplified, which did cast a slight cloud upon what was a perfect post-midnight lick of the low-budget and libidinous. 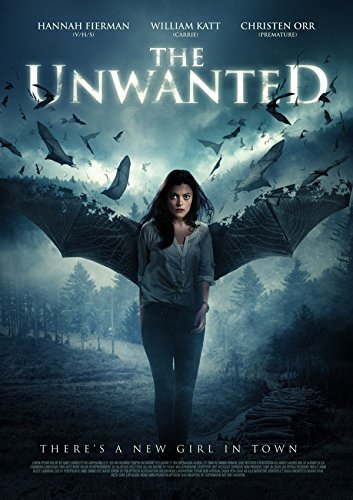