‘An unspeakable horror that cannot be unseen’

Not really sure which way to take that line of promo spiel from the case of MUCK. We discover a group of friends, emerging from the darkness, bloody and seemingly lucky to be alive. Having already lost two of their party in the unforgiving marsh, they break into an empty vacation house to take shelter. Whatever was still in the marsh is still after them, but it’s not the only thing that wants them dead. Something much worse and more savage lays in wait. Trapped between two evils, they’re forced to fight, die, or go back the way they came.

I like to see horror fans making movies, I really do. There’s way too many morons over the years that have turned to the genre to simply use it as a cash cow to fund their pet project that has the box office potential of Battlefield Earth. For every Adam Green and Eli Roth though, there’s also a Steve Wolsh, who, despite his admirable affection for all things blood-soaked, he’s delivered a real stinker of a movie here. Badly acted, poorly structured and with nods to the genre that are more like headbutts, it’s stuff of great frustration. Take the name of the town that these crazy kids get lost in – West Craven; now, as a subtly delivered off-the-cuff reference, I’m all for it. A covertly placed signpost, or an understated bar name would earn respect as a nice tip of the hat to the great man, but the way it’s shoehorned into conversation almost made me reach for the remote to end this madness.

“Do you think they’ve gone to WEST CRAVEN?”

“Shall we go to WEST CRAVEN?”

At this point I stood on my sofa, pressed pause and began to paraphrase Jules Winnfield.

Irrespective of this little episode, there’s sadly not much to recommend about Wolsh’s film. After the first five minutes which really succeed in grabbing you by the throat, I thought my opinion would be different, but it’s not long before the pacing of the movie goes into cardiac arrest. Granted, there’s some lush practical effects which have obviously been crafted by fine technicians; Kane Hodder’s make-up alone was apparently a six-hour job, but such proficiency in one department does not necessarily equal a great horror, or even a pleasingly average one either. 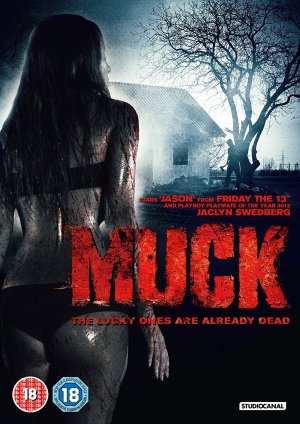 The generic artwork from TriCoast UK may not exactly make WIND WALKERS stand out from the glut of bottom-shelf fodder this week, although Darkside Magazine’s ‘unremitting and furious’ certainly makes a change from the usual rent-a-quote roulette. The fact that this film has also been selected for After Dark’s eight films to die for festival is another aspect which would make most of us waver upon clicking ‘add to basket’; you would be wise to overlook such ominous omens here however, as Wind Walkers is  streets ahead of many a Junkyard entrant.

It’s the story of a group of friends who travel to the remote Florida everglades where they discover that an ancient, malevolent curse is tracking them. Before they can unpack their rifles, they discover their cabin demolished and the mangrove forests unusually silent. Slowly they realise that one of their own may be possessed by something he has brought home from overseas. Something so deadly, that he is unaware of its devilish presence.

You’d be forgiven for getting a little twitchy during the first twenty minutes of Wind Walkers. Russell Friedenberg’s film has a particularly abstract beginning; his script holding back plenty of secrets towards just where this moreish little feature is headed. Although the main crux of the film is different, it made me think back to Arthur Hiller’s Nightwing, with its Native American theme and spellbinding mysticism; there’s a similar feel to both movies, something which Wind Walkers trumps the former with, with its air of mystery and subtle suspense. As it pieces together those parts of the backstory that gave such a fragmented introduction, there’s a sense of satisfaction in sticking with Friedenberg’s film. Well shot, with great maturity, this is an accomplished feature that tenaciously sticks to mood over shocks, and is all the better for it. 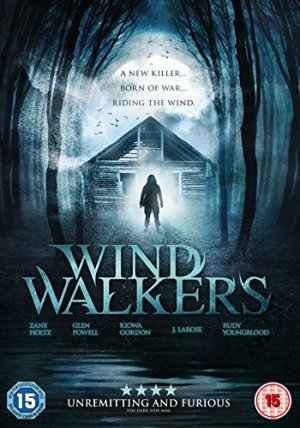 Onto INFINI now, and let me first of all emphasise the point that it’s a very good film. However, if Allan Moyle’s Empire Records played a pivotal role in your teenage years *coughs*, then the inclusion of a character called Rex Manning(s) may well crush you with hysteria. “Ohhhh Rrrrexy, you’re so sexxxy”, will undoubtedly be the earworm to plague you mercilessly through Shane Abbess’s film. Having raised that issue beforehand, hopefully you can work it out of your system before settling down to watch this very agreeable piece of genre cinema.

Humanity has become the victim of mass overpopulation and the line between middle class and poverty no longer exists. Whit Carmichael (Daniel MacPherson) has accepted a high-risk security job that requires off-world travel using Slipstream technology in the hope of rising out of his situation. The risk of injury or death is extreme, but the danger is sweetened by Whit’s dream of a better life for his family. When he and his team are sent to space station Infini to confront an unidentifiable enemy, only Whit survives. It’s up to a search and rescue squad to discover the cause of this incident, and prevent the source from returning to earth.

A little bit Pandorum and a little bit Event Horizon, Infini clenches its toes quite comfortably in its snug-fitting retro slippers. Abbess’s last movie was the excellent (and little seen) Gabriel, the story of an archangel fighting to bring light back to purgatory. With its relatively meagre budget, it showcased the potential of its writer / director, and that capability has ripened quite nicely for his latest. Yes, there are flaws, most notably a final act which nearly runs out of steam, not to mention the requisite clichés that keep it firmly entrenched in schlock-heaven. That said, sci-fi aficionados will lap it up, as will anyone with a keen eye for a smartly shot b-movie. Actually, it’s the type of film that will crop up on those tiresome ’50 cult movies you’ve never seen’ lists in years to come; only in this case, you’ll be quite pleased to be reminded of it. 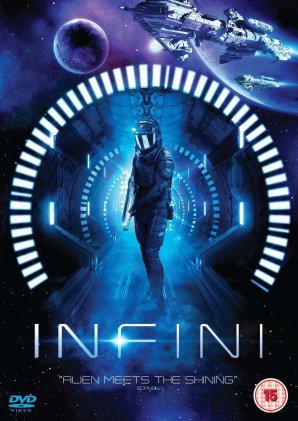