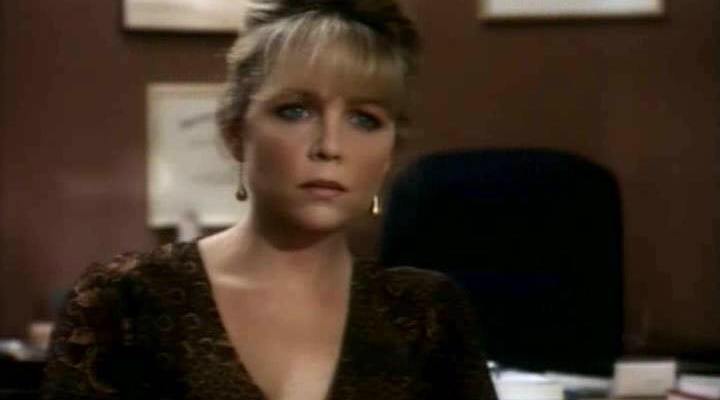 Dave kneels at the altar of Tom Noonan, and wades into the precarious themes of his first produced screenplay.

“I was on this big budget movie back in the early ‘90s, and one day I went to the set, and I felt my face twitching. It was really dramatic. I had to start doing scenes with my hand over my cheek. I somehow got through the shoot, but I really couldn’t go on auditions. I figured I just can’t do these pictures anymore. I can’t do them! It’s killing me.” [1]

Speak to anyone about Tom Noonan, and chances are that a mutual appreciation of Manhunter (1986) isn’t far away. His iconic portrayal of Francis Dollarhyde yielded a string of opportunities in films like Robocop 2 (1990) and Last Action Hero (1993) – but for a guy who, in ’83, founded the Paradise Factory, a centre for film and theatre development, it’s clear that smaller-scale projects in which he could yield a creative influence are where his heart lies.

One of these is RED WIND, his first feature-length screenplay and a film in which he serves as producer. It’s a strange beast, and a story that finds us in the company of Kristine Morrow (Lisa Hartman), a Miami-based psychotherapist who specialises in treating women who have endured abusive relationships – something that she herself has a history of. When a new client by the name of ‘Lila Vance’ shows up in her office, Kristine is horrified to learn of the suffering she’s experienced. “My husband… he wants me to do certain things,” she confesses – except Lila is struggling to contain some murderous intentions, and Kristine is about to be dragged into the middle of them…

Making its USA Network debut on 15th May 1991, Variety was less than kind in its next-day analysis, calling Red Wind “Fatal Attraction (1987) with lesbian-sadomasochism-transvestite leanings” [2]. For the sake of accuracy, it’s closer to Dressed to Kill (1980), with the complexity of a wincingly problematic element that sees Kristine writhing in ecstasy at the snarling brutality of her heavy-handed lover. It’s an awkward angle to Noonan’s well-written script, whose flirtation with nuance and psychological involvement is too frequently undone by its descent into exploitation. Not that that’s a bad thing – but it does create a schizophrenic tone that undermines its lofty De Palma-isms. As if you were to judge it purely as an exercise in pulp fiction, then it’s a delirious triumph, the sort of lurid melodrama that Curtis Harrington might have been drawn to in the mid-‘70s in the wake of The Killing Kind (1973).

Hartman plays vulnerable to great effect, and her mysterious suitor Charlie has Philip Casnoff revelling in the type of role that he’s never been near since. From a visual perspective, Red Wind is prone to looking spectacular, with cinematographer Bernd Heinl (The Fear (1995)) veering quite organically between neon-lit sleaze and cinematic pomposity. Director Alan Metzger was prolific in television movies, and his other potboiler from the same year, Fatal Exposure (1991), would sit quite comfortably next to this, if only for the excellent Christopher McDonald appearing in both.