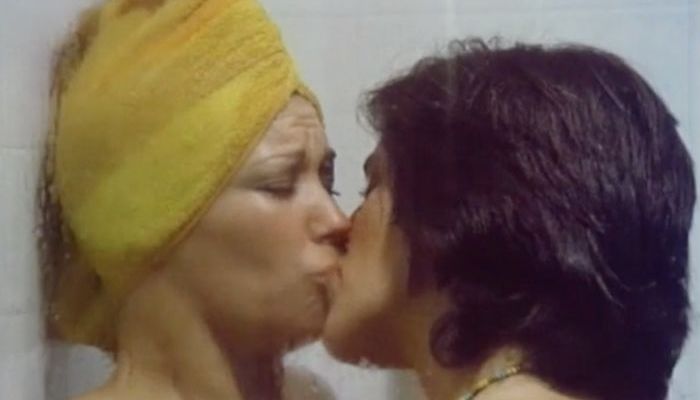 If you watch A Gary Graver Movie (2004), the fascinating self-shot documentary by the prolific filmmaker, he begins by saying “I’ve directed about twenty feature films, and I’m sure you’ve never heard of any of them”.

If you dig a little deeper into the Oregonian’s legacy, then you come to the understanding that he rarely acknowledged his ‘Robert McCallum’ period (the pseudonym which graced every piece of hardcore he worked on). Indeed, obits in both the New York Times and the Los Angeles Times didn’t allude to McCallum, while there’s a telling quote on his website filmography page – presumably written by his family – which hints at Graver’s true feelings about those pictures:

“Many projects are not listed here, but that was his preference. We honour his wishes by publishing the works that he wanted to be known for.”

Granted, I can see the reasoning behind the exclusion of throwaway ‘90s sleaze such as Maverdick (1992) or Cape Rear (1995), but to erase your contribution to a golden era classic like 3AM (1975) is sacrilege, not least when you take into account the influence it had on other filmmakers.

More than just an influence, the seven minute cubicle scene between Georgina Spelvin (The Devil in Miss Jones (1973)) and Judith Hamilton (Spelvin’s actual girlfriend at the time) has been etched rather remarkably into Orson Welles folklore too. Graver of course was the right hand man for the Citizen Kane (1941) director, from 1970 until the auteurs death in 1985. In Josh Karp’s book which details the making of (Welles perennially unfinished – but now finished – film) The Other Side of the Wind (2018), he recalls a story told to him by Splevin:

It’s a momentous moment in the picture as Welles splices an endless variation of shots, with Graver’s camera twisting through the enclosed space, bringing a heightened sense of frenzied passion to Spelvin and Hamilton’s water-soaked intimacy. All the time Peter van den Beemt’s quintet of musician’s pound out a pulsating jazz score to echo the rhythms of the women’s contorting bodies.

Ironically it’s a rare sequence in the film that seems a little superfluous to the downbeat yet purposefully interlocking nature of Tony Crechales’ (writing as Tony Trelos) script, which manages to coherently integrate its sex scenes into the storyline with an admirable fluidity. Crechales built his career on penning some fine genre pics such as The Killing Kind (1973) for Curtis Harrington and Impulse (1974) for William Grefe, and his lo-fi yet finely crafted style certainly shines through in 3AM.

A character piece to its very core, the movie centres on the mysterious death of Mark (an impressive Frank Mauro in his sole feature) who one night (at 3am, hence the title) falls overboard while on his boat. Dealing with the consequences are his wife Elaine (Rhonda Gellard), kids Ronnie (Charles Hooper) and Stacey (Clair Dia), as well as his live-in sister-in-law Kate (Spelvin) – with whom he’s been having an affair for fifteen years.

Jim Holliday wrote in his peerless industry bible, Only the Best, that 3AM “… succeeds not only as a sex film, but on a much higher level”. It’s a captivating glimpse into the mind of each person, with the tragedy affecting all four individuals in its own different way. Although the ambitious non-linear narrative is determined to savour in emotions like remorse, sorrow and despair, it’s passion that remains the overriding mental state.

Dense characterisation and tightly-woven drama aside, it’s the look of the film that dazzles. Graver already had an established working relationship with director of photography R. Michael Stringer, who had been his camera operator on Invasion of the Bee Girls, Bummer and Clones (all 1973), and here their synergy is obvious.

There are shots of staggering artistic beauty – not least in the final reel – where we’re treated to lush cinematic beach shots which slap you across the chops with their audacity. Graver and Stringer seem intent on tipping their hat towards the mood and melancholia of European cinema, and it’d be remiss not to ponder the tonal and visual similarities to Jean Rollin. In retrospect, I don’t think you could offer this picture a more genuine compliment. 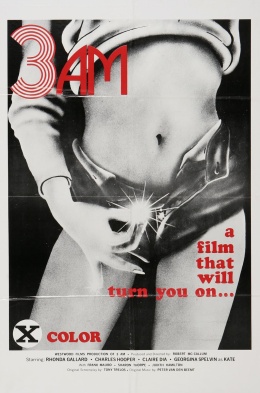 2 thoughts on “Orson Welles and the Lesbian Sex Consultant: “Robert McCallum’s” 3AM (1975)”