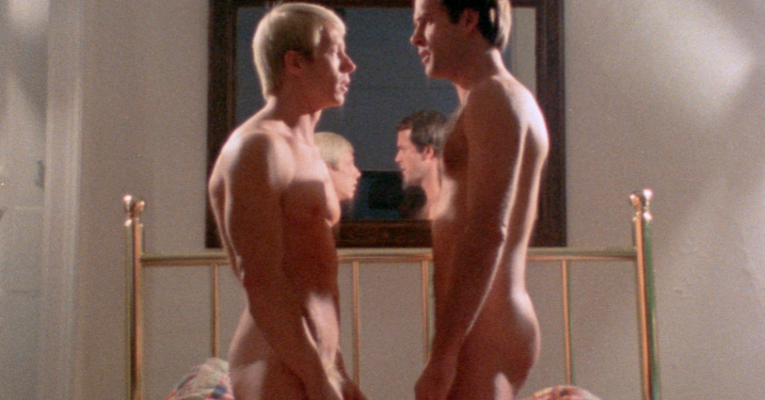 Dave takes a look at a giant buried deep within the recesses of bisexual-themed cinema.

Always a label that’ll lead to an awkward clearing of collected throats at parties and social gatherings.

As the excellent website DearStraightPeople.com wrote last year, “Bisexuals are often rendered invisible by society. The inclusion of the B in LGBT is largely perfunctory. Its existence rarely acknowledged of accepted”.

Acceptance is the key word there. To a frightening number of people, bisexuality is a spurious label that caters solely to a small group of people allegedly in denial.

Graham Williamson, the critic and short film maker, started to put together a really fascinating list recently on the movie logging site Letterboxd. By inviting suggestions for ‘Films with Actually Bisexual Characters’ he’s managed to curate a fairly detailed directory, albeit with the vast majority of the films listed falling into the bracket of being arthouse, Queer cinema or, if mainstream, then the bisexuality being implied in the most subtle manner imaginable.

If society is largely dismissive of it, and mainstream movies too, then it’s no surprise that the Golden Age of Pornography remained largely ignorant to bisexuality as well, which is what makes Jerry Douglas’ BOTH WAYS such a bold and ground-breaking feature.

On the face of it, Donald (Gerald Grant) is happily married to Janet (Andrea True, who scored a top five hit with ‘More, More, More’ in 1976), and along with their young son they seem to live a life of suburban bliss. However, beneath a façade of serenity, this seemingly happy union is gradually eroding as Donald is curious to indulge his growing desire to engage in a same-sex dalliance.

As he casts an eye over the clientele of the leather bar that he checks into one night, it’s not long before his gaze meets with that of Gary (Dean Tait). Donald whisks him back to his rented apartment for a night of sweat-laden sensuality, but in engaging in an increasingly destructive ménage à trois, he triggers a chain of events that will change his personal life immeasurably.

The films of Jerry Douglas may have graced the inside of adult theatres, but with something like Both Ways, the X-rated aspect lies very much in the background. At its core is a fascinating portrayal of divided affection; a man deeply in love with his family, but unable to shake off his attraction to the same sex. Donald may have an unbridled passion for Gary, but the guilt he feels over his stale marriage transcends his choice of partner.

Grant is perfect in the role of Donald. A gay actor, the intimacy he has with his on-screen wife never seems uncomfortable. There’s a scandalous soapiness to the dialogue he shares with Janet, oozing with melodrama in its emotional confrontations and passionately delivered ultimatums. Tait fits in to all this with ease. More camp in nature than his new found lover, he sees everything as black and white, in contrast to Donald’s infinite shades of grey.

It’s clear that Douglas is the real genius here. The former Broadway stage director, who at the time was fresh from the success of adapting his play Score into a film under the stewardship of Radley Metzger, does a spectacular job with only his second outing.

It’s shot with so much flair. Fast cuts and candid buoyancy pepper the movie, most notably in the frequent scenes of raw simplicity which find Donald in conversation with either partner, facing one another, naked and vulnerable.

Vinegar Syndrome released Both Ways a couple of years ago, and it came with a sublime commentary track with the now octogenarian director. Moderated by Adam Baran (producer of the outstanding documentary Circus of Books (2019) which has recently hit Netflix), it’s an absolute joy to listen to as the effervescent and adorably self-deprecating Douglas gives us a detailed history of the movies production.

From his concern that the picture was lost after years of not knowing its whereabouts, to his regret of having a gay sex scene before the heterosexual one in the movie having an effect on straight men walking out of the theatre. Douglas proves to be both candid and perceptive. Despite his age, Baran draws from him the notion of another feature, which is something Douglas admits to being receptive to:

“It would be bisexually orientated,” he muses, before adding: “I’m fascinated by the fluid sexuality of today’s society”

A wise observation, and hopefully it becomes a society that renders the invisibility of it a thing of the past, while simultaneously bringing Jerry Douglas’ wonderful movie in from the fringes of adult cinema.

Both Ways is available direct from Vinegar Syndrome