Gone are the days when the month’s home video release schedule would be neatly carved up like your Mum doing your sandwiches as a kid. These days the juicy bits are heavily weighted towards the back end of each month – or what we common folk refer to as payday. At DTV Junkyard this week we have a mouth-watering sextet of bottom shelf bunkum which finishes January off with a raised eyebrow and a satisfied nod of the head.

We start the show with a tale of prophecies and religion in a small Amish community in middle-America. In WHERE THE DEVIL HIDES six girls are born at the same time on the sixth day of the sixth month which leads to the inevitable cavalcade of apocalyptic visions being pronounced, none more so than from Elder Beacon (Colm Meaney) who states “these births are an abomination”. Fast forward eighteen years and everything seems peaceful and tranquil as the girls approach their milestone birthday, but soon enough in a milieu of fits, fainting and flashbacks, the scourge of evil descends upon this religious community.

Karl Mueller’s previous two features that he scripted are both worth checking out. The Divide (2011) had a great vibe of post-apocalyptic isolation while Mr. Jones (2013), though flawed, had enough about it to persevere and appreciate. Where the Devil Hides though feels like a lost opportunity as it just seems to sink into the over-populated swamp of unexceptional, flat horror movies. There’s a first rate cast here with the aforementioned Meaney alongside Rufus Sewell and Jennifer Carpenter, but they have little to do compared to the generic indistinguishable teens who dominate the picture. There’s a seven million dollar budget at play here, and while Christian E. Christiansen’s direction is functional and tight, the film remains in the doldrums, destined for bottom shelf purgatory.

STAGE FRIGHT on the other hand is everything that the previous movie isn’t. Jerome Sable announced himself on the genre scene in 2010 with the superlative short The Legend of Beaver Dam – a glorious campfire based gorefest… with songs. Indeed, the term horror musical is one that rarely gets the dust sheets taken off and given a sympathetic drive around the block. Of late only Darren Lynn Bousman’s Repo! The Genetic Opera (2008) could be tarred with such a divisive brush, and as I’m a proud devotee to the musical, I guess I was crossing all the requisite body parts that it would be all that it promised.

From Minnie Driver’s theatrically operatic opening – coupled her swift demise, the action advances ten years to the Center Stage Camp for the Performing Arts with cherubic attendees bursting into song with carefree abandon (“I’m gay, I’m gay – but not in that way”) and Ms. Driver’s onscreen daughter vying for the lead in The Haunting of the Opera. Running the camp, and practically running off with the movie is the inimitable Meat Loaf who had we forgotten how great he is in movies, we’re swiftly reminded. Musicals and horror films are both prone to moments of high camp, and here director Sable utilises this to drive the film with a cocksure snap of the heels along with knowing winks to such classics as Friday 13th (1980) and The Texas Chain Saw Massacre (1974). It doesn’t quite retain the frenetic verve of the opening twenty minutes, but irrespective of this it’s one of the most unabashedly pleasurable genre pictures you’ll see.

After the baritone beset bloodletting that the previous piece of genius bestowed upon us we’re off to North Carolina for HONEYMOON, the directorial debut of Leigh Janiak, which she scripted alongside Phil Graziadei. With Janiak citing David Cronenberg, Roman Polanski and Michael Haneke among the peers she drew inspiration from, you tend to wander into Honeymoon with a degree of hope blended with the expectation of well-intentioned failure. It’s a bold aspiration she has, but this tale of a newlywed couple played by Rose Leslie and Harry Treadaway who find their idyllic honeymoon descending into a psychological nightmare is worthy of much acclaim.

Apart from the occasional nocturnal rumblings during the first twenty minutes, there’s little to suggest anything sinister at play here, with Janiak happy to focus on the chemistry of our lead couple, played brilliantly by Harry Treadaway and Rose Leslie. Honeymoon is essentially a two-hander – which is itself a tall order to get right with regard to the pacing and flow. Here though, where the film succeeds is gradually twisting the tension in knots, tighter and tighter as each minute passes, grabbing you by the throat until the eventual release. The conventional horror rulebook is ripped up and incinerated here, and in its place is a thoughtful, dramatic and at times genuinely disturbing piece of filmmaking. 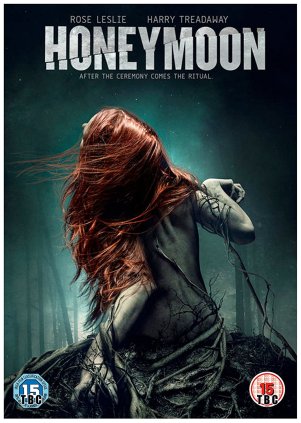 I’ve only seen one of Jordan Barker’s films, and that was the finely cast yet somewhat lacking supernatural mystery, The Marsh (2006). For his latest film, TORMENT he makes the excellent decision of casting Katherine Isabelle in the lead and throws in the mighty Stephen McHattie to offer some support. Isabelle plays Sarah Morgan, who soon after her marriage to Cory (Robin Dunne) decides to take Cory’s seven-year-old boy into the country for some much needed solitude and tranquillity. Soon after their arrival Liam goes missing, and despite it initially seeming like he’s run away, the reality is some far more terrifying.

Barker makes it clear at the start of Torment that young Liam (Peter DaCunha) really isn’t too enamoured with the person his father chose to marry following the death of his mother. Awkward questions are aimed at Sarah (Isabelle) “Why did you marry my Dad?”, so when the boy goes missing it seems an act of rebellion against his step-mother. The twist of course is something leftfield albeit likely to elicit a sigh of resignation from viewer as we enter the realm of home invasion territory. As the film progresses, the dialogue ebbs away in favour of the hunter stalking their prey, and while at seventy one minutes (minus credits) it rarely outstays its welcome, it falls firmly into that bracket of faint praise – eminently watchable, yet ultimately forgettable. 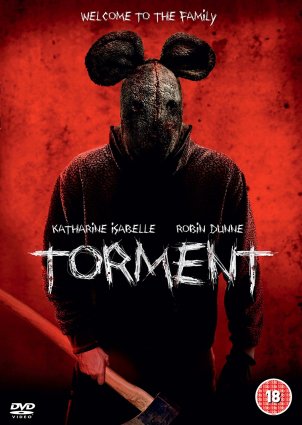 Agoraphobia sounds like the perfect disorder to facilitate a tight, single location based horror. It certainly worked with Ciaran Foy’s Citadel (2012) as we watched a contorted and petrified Aneurin Barnard force himself out of his Scottish tenement. For PHOBIA, Rory Douglas Abel’s directorial debut, we’ve a different but potentially equally terrifying scenario on our hands. Jonathan MacKinley (Michael Jefferson) has suffered from agoraphobia since his wife died in a car accident. Following a violent home invasion things take a turn for the worse as Jonathan is now convinced an evil presence haunts his home – an occupation which surely can be attributed to his condition?

The success of Phobia for me rests solely on the ability of Michael Jefferson to convey the necessary vulnerability of Jonathan’s fragile state of mind – and I really don’t think he achieves that which ultimately weighs heavy on the film. Jefferson isn’t a bad actor by any means, but it seems particularly during the first third as Jonathan’s mental state is laid bare, that the opportunity to portray his delicacy seemed a little heavy handed. In spite of that, there are things to appreciate with Abel’s film, not least the ability to retain the interest of the viewer in what’s essentially a one location film. Debbie Rochon can be glimpsed briefly in a worthy cameo, while Leeds’ own Emma Dubery as his grocery deliverer Bree is the standout performer in what’s best described as a dialogue heavy curio which sadly falls short.

An Italian bottom shelf genre flick inspired by the poetry of Shelley? Indeed, screenwriter Carlo Longo was inspired by ‘The Sensitive Plant’ when he set about creating the script for NEVERLAKE, while director Riccardo Paoletti was determined to find a place that would capture the mystery of the story so settled on the lush Tuscany scenery. Jenny (Daisy Keeping) is on a trip to her father’s home in Italy, but during her stay she unearths the mystery of a local legend known as the Neverlake. As Jenny digs deeper into this mysterious world, she begins to uncover a frightening sequence of discoveries.

Such a schizophrenic film is Neverlake, one that I found myself loving and hating in equal measure as I cast my eye over Jenny’s month long stay at her father’s (played by David Brandon no less – Peter in Lamberto Bava’s Stagefright (1987)). It’s a very old-fashioned film which has elements of a classic English ghost story, but the stilted dialogue and wide-eyed innocence of Jenny is more in tune with Euro-Horror. The backbone of the narrative concerns her befriending the inhabitants of a mysterious childrens home whose dirtied faces and sunken eyes give them the appearance of extras in the stage production of Oliver. Overly-critical jibes aside, it’s blend of poetry, Etruscan mythology and suspense sees it over-reaching slightly, but it has to be commended for its ambition and desire to at least offer something different.