Welcome to another week of Andrew Jones’ DTV Junkyard! I jest, but we’re only in August and already the Welshman has seen FIVE of his pictures hit UK DVD this year. The latest is ROBERT, where we discover that Paul (Lee Bane) and Jenny (Suzie Frances Garton) have grown weary of their borderline senile old housekeeper, Agatha (Judith Haley), and decide to dispense with her services. Their son Gene (Flynn Allen) had grown fond of Agatha and vice versa, so just before she leaves she presents him with a token of her affection, a vintage doll called Robert.

Soon after their chambermaid’s departure, strange events begin to plague the household. Furniture is vandalised, objects begin to move without reason and maniacal giggles echo through the house in the middle of the night. Such unsettling goings-on lead Jenny to believe that the only rational reason must be that her son is up to mischief, but when confronted he blames Robert the doll. Needless to say Jenny refutes such a ridiculous notion, but as things escalate to the point of murder, how much longer can she and her husband discount such fanciful rationale?

After overdosing on this glut of Jones’ films this year, I actually now find it pretty comforting to slip in the latest North Bank Entertainment disc into my player, as I know what I’ll get. His films are so easily identifiable; the look, the locations, the cast and most importantly the quality. Robert certainly slips into the top three of what he’s released this year, and despite its leisurely paced opening third, there’s plenty to raise the hairs on the back of your neck, before it hits top gear towards its undeniably chilling climax.

I really like the manipulation of Robert too. You don’t need to be a genius to realise that in a micro-budget British horror, you’re not going to get a fully functional killer doll, but the subtlety with which he’s used here is really well done; great use of shadows and clever tricks such as the knocking over of a sugar jar with tiny footprints making a trail, give the marionette a life of his own.

Some aspects don’t work so well, the films mid-Atlantic tone being one. I understand the business need to create something with its finger in both countries, but aspects such as an American flag at the exterior of the property, and the littering of American accents is a slightly grating distraction. The two leads remain resolutely British, with Bane, calm and measured, being his usual good self, but it’s Garton who steals the show. Her gradual descent into madness over the events occurring in her house in pitched just perfectly, without the tiresome over-hysterical hysteria that usually accompanies such a psychological disintegration.

For a meagre budget, you’d think that five films in one year would produce a rather insipid conveyor belt of dreary clones of one another; with Jones though that’s far from the truth, as each successive release has seen both an increase in quality and a consistency in originality. His detractors will always be armed and ready to fire their one-star Amazon review across his bow, but the good ship North Bank will hopefully have won over its fair share of admirers this year, and it’s about time. 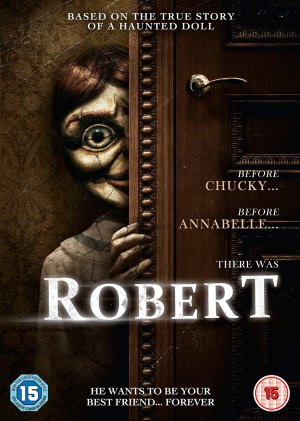 Any film that begins with Andrew Prine setting the story gets my vote, and it certainly gets TREASURE OF THE BLACK JAGUAR off to the perfect start. We’re then introduced to mummy’s boy Schlomo (Michael Drayer) and his friend Anthony (Cameron Van Hoy) whose ingenious get-rich-quick scheme lands them in prison in the middle of Mexico. All is not lost though, as in this sweat-stained establishment they’re introduced to Blake West (Timothy V. Murphy), a “treasure fuckin’ hunter”, who sees these young saps as the perfect aid for his quest to locate an ancient artefact that’s worth a fortune. Expeditions such as this wouldn’t be complete without the requisite bad guy who’s hot on their heels, and in this case it’s Katsu Taka (Masayuki Imai), Japanese industrialist who happens to be West’s former employer.

The treasure hunt naturally develops into a relentless game of cat and mouse; predictable – perhaps, and although it flags a little at a few points during its duration, and sets itself up for a sequel that seems unlikely, it’s still a welcome deviation in the tired and predictable direct to video market. Credit must go here to TriCoast UK, who after a couple of decades of work in America have decided to branch out to these shores, and if they continue to acquire titles as strong as this – The Toolbox Murders 2 is pending – then they should enjoy a long and prosperous stay over here. 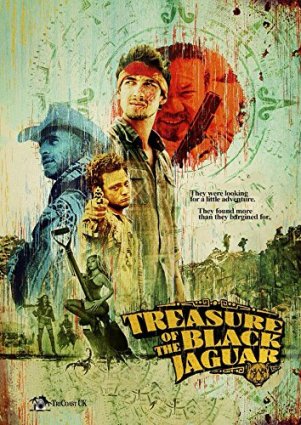 For those of you either purchasing or renting VOLCANOSAUR, let me break this to you gently – it does not contain a dinosaur. Do you care? Probably not, but you should do! Yeah, we can laugh at the occasional DTV flick having a slightly manipulated cover which perhaps makes it more attractive to the consumer, but this? It’s like buying a chocolate bar, but when you unwrap it it’s just a piece of cardboard.

Anyway, such idiosyncratic distractions aside, this is actually a half-decent little creature feature. Dating back to 2011, and originally called Behemoth, it centres on the small town of Ascension which trembles in the shadow of a long dormant volcano, when a formidable earthquake causes an eruption. As scientists head towards the molten slopes, they discover evidence of something else entirely – a centuries old, subterranean creature (note: not a dinosaur).

Beginning with some appealing photography of Syfy’s go-to place for its features, British Columbia, this million dollar budget movie raises its head above the mediocrity of most by devoting some quality time to its script and character development. With a decent cast that includes perennial television actor Ed Quinn, and the Smoking Man himself, William B. Davis, they have the quality to take the crazy concept and deliver is with a modicum of sincerity. Couple this with some acceptable CGI and an environmental theme that delicate weaved in, and it’s a creature-feature that’s not too shabby (note: does not contain dinosaurs) 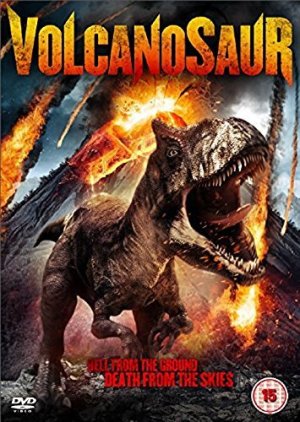 Someday soon I would really like to write about a film distributed by Three Wolves and not start it with a relentless tirade against their shoddy business practices. I’ll keep it brief, but please, giving a film the tagline ‘Interstellar meets Apocalypse Now’ has to be the most brainless move of the year. That, and the usual fudging of the BBFC certification – it’s a ‘15’ not an ‘18’ – creates a begrudged feeling of contempt for giving these guys an income, but then I guess you always need to remember the art, and at the core of DARK BY NOON, is a very recommendable independent feature film.

Rez (Patrick Buchanan) lost his wife sometime in the past. Now he is a man abandoned by society and trying to survive and provide for his daughter. He also possesses a gift, with a perfect photographic memory, but having perfect recall isn’t all it’s cracked up to be. He finds himself involved with dangerous people from his past who persuade him into testing their stolen time machine – Titus – which has the ability to send someone hours into the future. When Rez leaps forward in time and witnesses a nuclear explosion , he returns to his own time and has only eight hours to discover the cause, and save the city from destruction.

The first thing that strikes you about this Irish production, is how visually impressive it is. So many futuristic low-budgeters feel the need to use minimal locations in order to preserve their sci-fi setting, but here, directors Alan Leonard and Michael O’Flaherty utilise the entire city. With Dublin’s industrial landscape tweaked a little to create a dystopian palette, it’s this ambition that lets you overlook any minor issues with a little stilted dialogue and an occasional hammy performance. The directors have stated that their influences lay in films like Blade Runner and Children of Men, and somehow, by setting their sights high, they’ve managed to craft something that makes that proclamation less ridiculous than it could otherwise be perceived.