88 Films released some mega Blu-ray’s last year didn’t they? All those mouth-watering Slasher Classics! How about their finely curated Italian Collection! But hey, guess what kids – pop quiz – what was their highest selling title? Yup, Pro All-Star Wrestlers vs Zombies. Second biggest grosser anyone? Yup, Killersaurus. Indeed, a micro-budget dinosaur movie shot in a lock-up in Leicester, sold more copies than a remastered edition of Zombi Holocaust. Read it and weep.

So, once you’ve dabbed your eyes after that bombshell, it will come as no surprise to discover that 88 plan to continue releasing the occasional DTV flick amongst their slate of reissues. The latest of these, which will no doubt be their best-selling title of 2016 thanks to prominent supermarket exposure, is PARANORMAL CAPTIVITY: THE HAUNTING. Any good? No, it’s quite staggeringly awful.

With a cover quote that boasts “A superior combination of supernatural horror and tense thriller”, the eagle-eyed among you will spy that those words are credited to IMDb. I hate the desperation of quoting an IMDb user, not least when the individual concerned appears to live in his mother’s basement, and spends his entire waking life posting ‘Happy Birthday’ on the message boards of between twenty and thirty actors and actresses EVERY. SINGLE. DAY.

Wearisome head-shaking aside, for those still interested, Sara (spelled Sarah on the case) finds her house in foreclosure following the untimely suicide of her debt-ridden husband. Unable to find desirable accommodation, she decides to move in with her elderly uncle (who isn’t a funeral director as the DVD case states – that’s another guy), where unnerving events begin to take place.

With an alleged budget of half a million dollars, as well as a shooting schedule of over three weeks, John Orrichio should have no excuses for delivering something so poor. Even the maligned Andrew Jones, with less than a tenth of the budget, and in a third of the time, has never come close to something so awful. It’s cheap, with little directorial flair, and has a cast that looks like they were kidnapped at gunpoint from the local Amateur Dramatics Society. Edward X. Young as the sinister funeral director is particularly staggering to watch as he delivers his lines with fist-chewing awfulness, while co-scripter Roberto Lombardi is similarly inept as a menacing debt collector. If you find this placed in your shopping cart this weekend by your curious partner, please take it out before the checkout and bury it at the bottom of the frozen peas or something. Maybe then we can all pretend this stinker just doesn’t exist. 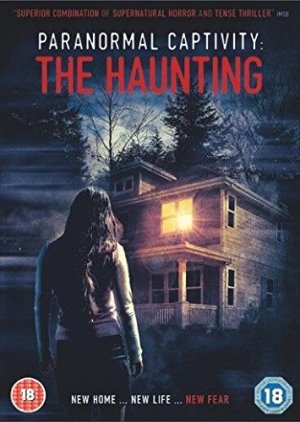 Back in the day when 101 Films used to put out awesome direct-to-video movies, they released Outpost 11, a really cool psychological horror based in a remote Arctic outpost. It was that good, it even had a quote from ZH on the box! Obviously this came before 101-Gate, when the Brighton-based outfit wrote to us suggesting that we should give their movies more favourable reviews… I digress, but such was the impression left by Anthony Woodley’s debut feature, that his newbie, THE CARRIER, was really hotly anticipated, which makes it all the more disappointing that it’s really not that great.

When a devastating infection spreads across the entire world causing chaos, the only safe place is in the air. A cabin crew escapes on a damaged 747 bound for Greenland, but not all the passengers are as healthy as they seem. When the plane is sabotaged, the ragtag group of survivors are forced to land in an England ravage by disease, leaving the crew faced with impossible life or death decisions.

My main issue with the feature is the writing. The characters, who seem to accept their fate with a subdued acceptance, are paper thin which leaves little room to offer any empathy; there’s just simply no-one to root for. Wildly uneven make-up which veers from perfunctory to workmanlike is a slight distraction, whie an overriding vibe of a rogue episode of Holby City crossed with a clunky SyFy Channel movie makes for a universally unappetising offering.

With a brooding and armed Dave Bautista adorning the cover, helicopters flying overhead and buildings burning in the background, ABDUCTED doesn’t really scream satirical horror fantasy. By the time Martin Fry’s dulcet tones launch into The Look of Love over the opening credits though, it’s apparent that we – the consumer – have been stung again.

Originally titled L.A Slasher, this bizarre fusion of genres struggles to be cohesive on any level, but obviously with Bautista’s stock pretty high following roles in Guardians of the Galaxy and Spectre, it was too good an opportunity for UK distro Kaleidoscope to pass up. Ironically, if there’s anything appealing about this picture, it’s the supporting cast; Mischa Barton, Eric Roberts, Danny Trejo and Andy Dick.

Driven to rage by the flamboyant excesses of reality television and the cult of celebrity, a self-named sociopath, the ‘L.A Slasher’, embarks on a spree of abductions, kidnapping several pretentious stars, all of whom are famous for the wrong reasons.

Neon. Neon. Neon. If there’s one thing the unrelenting palette of Abducted shows, it’s that director Martin Owen is no Nicolas Winding Refn. With endless tweets floating across the screen and a nauseating ADHD shooting style, Owen’s film seems like a misguided desire to be relevant. Dick is badly miscast as the slasher, Roberts makes his usual two scene cameo appearance, while everyone else of note seems intent on phoning it in. The final reel has an acoustic version of Chesney Hawkes’ UK chart-topper The One and Only, which in itself highlights just what a bizarre experience this film was. 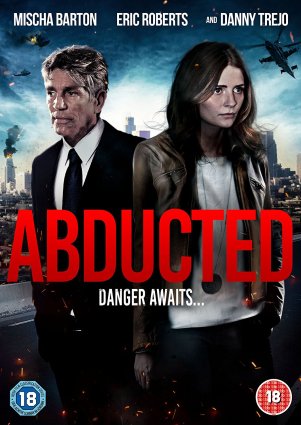 After a cursory glance at what was being included in Junkyard this week, little did I think that a High Fliers film with a misrepresentative cover and a title change primed for a cash-in, would be the stand-out release. It’s true though, A FRANKENSTEIN STORY, previously known as the far superior Closer to God, is a fine film indeed. I just hope it won’t get lost alongside The Frankenstein Chronicles and Bernard Rose’s Frankenstein, which hit DVD this month.

A brilliant geneticist has just achieved a huge scientific breakthrough by successfully cloning the first human being, a baby girl named Elizabeth. However, his work is soon threatened by a dark secret, a secret that threatens to destroy everything and everyone precious to him.

The ethical dilemma at the heart of A Frankenstein Story is the key to its success. Combining with an intelligently written script and a steadily-paced narrative, we have the ingredients to split the horror fan-base down the middle! Its retitling in the UK will only serve to put off those who are likely to appreciate it, while it catches the eye of those who won’t. While it wears its horror tropes in a subtly camouflaged manner, there are moments in Billy Senese’s film that seriously make the hairs on the back of your neck stand up. For a film that’s largely the antithesis of contemporary horror, this is quite an achievement, and an undoubted recommendation.