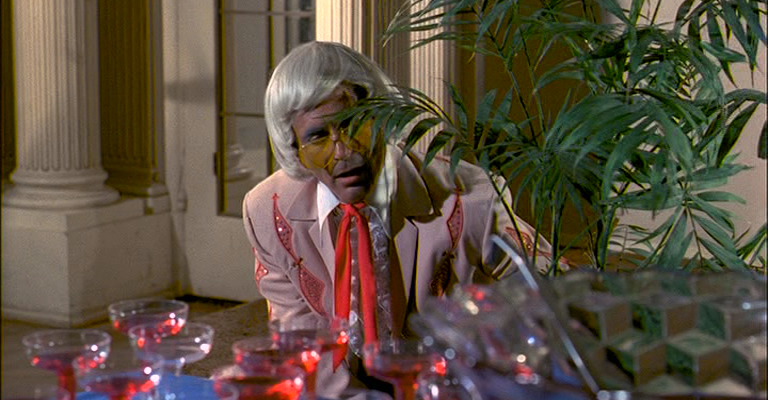 Grossing $141 million from a budget that was barely two percent of that, National Lampoon’s Animal House was the break-out box office success of 1978 (it was only beaten by Grease in terms of gross), and in turn spawned a wealth of small-screen imitations. Aside from the official ABC spin-off, Delta House (1979), which managed to hang on to Stephen Furst, John Vernon and Bruce McGill from the original movie, there was also Brothers and Sisters (1979) with Chris ‘Son of Jack’ Lemmon over at NBC, while CBS commissioned perhaps the most notorious entry into this glut of frat house replicas  – Co-Ed Fever.

Airing a special preview episode on February 4th 1979, Co-Ed Fever had the indignity of being cancelled by the network before the official premiere date two weeks later. Citing a mixture of viewer complaints regarding the content, and censorship issues in respect to the comedy, CBS cut their losses and never even aired the remaining five half-hours of this David Keith vehicle.

I know what you’re thinking:

Graver doesn’t take credit for the script in this sordid slice of slapstick, instead that goes to the mysterious ‘Charles Willard’ and British-born Bill Barron (who co-wrote The Ecstasy Girls (1979) and over fifty episodes of UK TV drama Z Cars), but the director’s trademark humour and playfulness is apparent in every facet of the picture.

W.R Jackson (played by Graver regular John Alderman, bedecked in an alarming white wig) is a big-time magazine publisher who wants to do a story on the sorority that his daughter, Kimberly (Annette Haven), belongs to. Seeing it as a potential leg-up for their flagging enrolment numbers, the college welcome the opportunity. However, with many of the girls from Kimberly’s sisterhood dating a handful of undesirables from across campus, the powers that be decide to push a more wholesome frat house on the ladies, leading to hysterical hijinks with boyfriends past, present and future.

The primary draw for Co-Ed Fever is clearly the cast. Among the boys you have Jamie Gillis (clearly inspired by Tim Matheson’s portrayal of Eric Stratton in John Landis’ original) playing the old hand, sage advisor and legend in the bedroom.“Why are you so good in bed?” he’s asked, only to reply with, “Well, twelve years fucking around at the same college helps”.

As for the girls, the gorgeous Haven – who did her best work with Graver – is joined by a bevy of recognisable beauties as her sorority sisters. Samantha Fox (Amanda by Night (1984)), Vanessa Del Rio (The Devil in Miss Jones 3 (1986)), Lisa De Leeuw (who’s also credited as script supervisor), Serena (The Abduction of Lorelei (1977)) and Brooke West (Garage Girls (1980)) all manage to deliver individual moments of provocative procreation.

The real draw for Co-Ed Fever, though, is undoubtedly the style, which sees Graver (who you can glimpse in a cameo as a waiter) at ease in spinning a variety of thematic plates. XXX comedies can so easily strike an uneven balance, but here he nails it and manages to shoot with a vigour and pizazz that outshines many of its sex-free peers that also flirted with college capers. Granted, it’s about as subtle as its spiked punch in regard to the plundering of National Lampoon’s Animal House, with a handful of borrowed buffoonery like the homage to ‘where are they now’ in the end credits, but it’s rarely lazy and harbours a knowing wink.

With more plot that you might be expecting in an adult feature, it’s a reminder that this troupe of hardcore heroes are far, far greater than a mere collection of tits, clits and dangly bits. They act their socks off – and most of their other clothes too – to ensure that Co-Ed Fever remains a remarkable chapter within the Golden Age of Pornography. 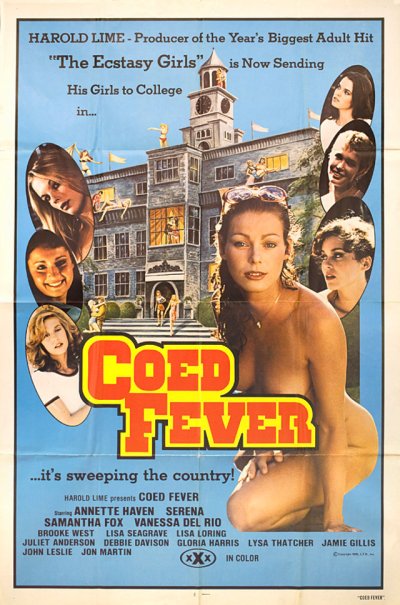