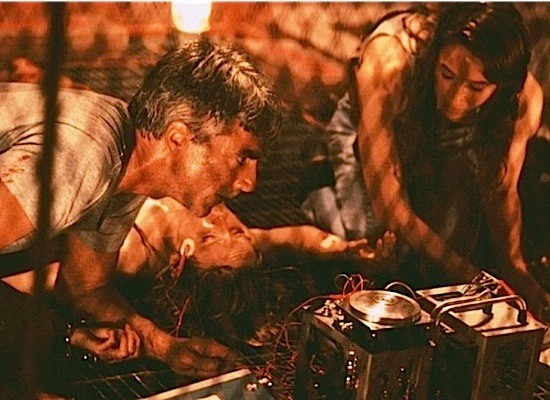 Matty gets to grips with Roger Christian’s so-so thriller.

There’s a great deal to like — a great deal to love, even — about THE FINAL CUT. Detailing a city under siege from a mad bomber (Seattle in the story, in actuality Vancouver), as a technical exercise, it’s tremendous. Beginning with the shock death of two fairly starry cast members as they try to disarm a meticulously crafted ticking boom machine, the scenes in which The Final Cut’s pantheon of bomb disposal experts— “cutters” — race against the clock are thrillingly tense. You can feel the sweat dripping from their brows, and helmer Roger Christian employs every trick in the book to keep the perilous drama at fever pitch: from shaky, handheld camerawork that mirrors their trembling hands as they try to figure out which wire to pull; to unflinching, line-crossing close-ups that evoke the disorientating mix of adrenaline and bravado it no doubt takes to do this sort of high-pressure job in the first place.

While the fiery punchlines aren’t anything to go wild for, the explosions being effectively staged and orchestrated but a mite meat n’ potatoes in terms of spectacle, Christian and cinematographer Mike Southon should also be commended for the achingly tragic atmosphere they foster in each bang’s aftermath. There’s a spooky, desolate quality to pockets of The Final Cut. Having returned to Seattle’s bomb squad in some redemptive quest, the moment in which Sam Elliott’s gruff and frazzled expert slowly surveys the physical and emotional destruction caused by the second blast in particular is as eerie as it is visually beautiful.

And yet, in between such majesty, Christian is left to wheelspin thanks to a script that’s the very definition of perfunctory. The usually dependable Elliott and co-star Anne Ramsay try in vain, but the former comes across as sullen and disinterested for large chunks of The Final Cut simply because the material he’s lumbered with is so thin. And as for who the bomber is — well, you know it’s them the second they give an overly leery look in the direction of Ramsay. Still, when the bomber’s identity and M.O. becomes apparent to all the other characters, The Final Cut does kick into gear. The film’s last twenty minutes or so — a stretch of proto Saw (2004) nastiness that involves a grungy, underground chamber of horrors, and a poor lass who’s been turned into a human explosive device — exhibit the kind of fruitiness that the slacker parts of this agreeable but fundamentally flawed caper would have benefitted from.

Initially intended to be released theatrically by Republic Pictures, The Final Cut was ultimately sent straight-to-video Stateside and here in the U.K. due to the belief that the film would be seen as exploitative in the wake of four real-life terrorist bomb attacks: the 1993 World Trade Centre bombing, the 1995 Oklahoma City bombing, and the carnage caused by the 1993 and 1994 Unabomber killings. It hit British video in November 1995 via Medusa and landed on American VHS on the 15th of October 1996, just over six months after Unabomber Ted Kaczynski was arrested. 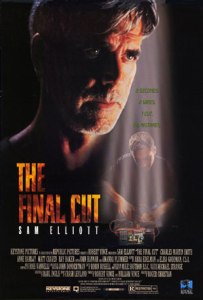