Jim Wynorski’s dissatisfaction with THE THING BELOW has been well-documented in the years since its release, the director’s annoyance aimed squarely at the film’s horrendous CGI monster effects which he once likened to bad PlayStation graphics. Done by The Thing Below’s Canadian producers after he’d completed his VFX-less director’s cut, Wynorski was so incensed by the lousy graphics upon seeing them that he actually refused to record an audio commentary for the film’s US release when it slunk straight-to-disc in 2005, despite the hemer being a champion of DVD and supplementary material. However, as janky and Microsoft Paint-esque as they are, the effects work conceptually. They get the idea across, and they convey the deep sea alien’s powers and hulking physicality (it’s a sort of Deep Rising (1998)-like mass of tentacles) as it terrorises the salvage crew who come face to face with it on board an abandoned oil rig. Moreover, they don’t take away from all that The Thing Below does right.

While the characters are barely above stock level (the most memorable, captain Billy Warlock and a guy in a cowboy hat, are only so because, well, they’re Billy Warlock and a guy in a cowboy hat — the rest are: professor lady, tough black fella, shifty government dude in a suit, hot tomboy, and everyone else), The Thing Below succeeds due to Wynorski’s firm grasp on atmosphere and commanding style. Selling the at-sea vibe with swaying, disorientating camerawork, Wynorski elicits a great deal of tension as Warlock and his team mooch about the wet-slicked, iron-shuttered corridors of the rig. There’s weirder, more esoteric horror, though, in Wynorski’s realisation of The Thing Below’s central gimmick; that being how the creature is able to read its victims’ thoughts and exploit their dreams and fears. The two strongest sequences call to mind two of Wynorski’s best horror flicks. The first, in which the prolific director manoeuvres his lens over the shapely figure of one-time muse Glori-Anne Gilbert as a weary member of Warlock’s throng gets a little overstimulated, evokes the sexy/spooky milieu of the awesome Sorceress (1995), while the second, whereupon the rig abruptly gives way to a western frontier town, channels the reality-splitting fruitiness of the sublime 976-EVIL II (1991). It’s quality, attention-grabbing stuff.

Per Wynorski’s other ‘Jay Andrews’-credited romps of the period The Thing Below’s robust production values are increased further with some precisely integrated stock footage, some of which comes from John Bruno’s much-maligned, big budget robo-schlocker, Virus (1999), and the aforementioned Deep Rising.

Also known as ‘It Waits Below’ and ‘Sea Ghost’ (which, as of this writing, is the title of the version up for streaming on Amazon Prime), The Thing Below was released on British DVD as ‘Ghost Rig 2: The Legend of the Sea Ghost’ by Third Millennium, who wanted to capitalise on the modest rental success they’d experienced with the completely unrelated Ghost Rig (2003). 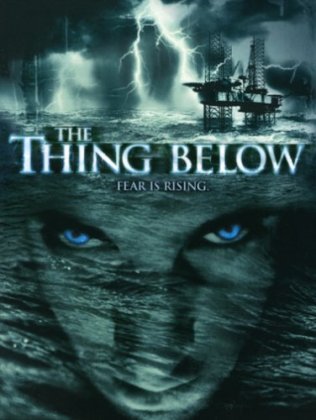 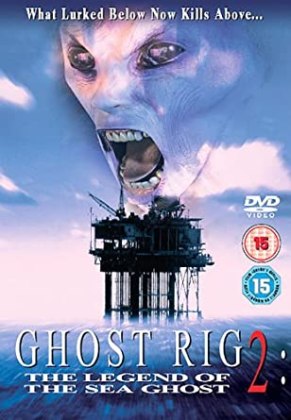