While the last few weeks have seen a wealth of platitudes for a litany of boutique distros, not least newbie label du jour Indicator, no one really bestows any praise on the movers and shakers in the direct-to-video world. Certainly here in the UK, it would be remiss of me not to take a knee in respect of the fine work done by Matchbox Films, who after ruling 2016 with such fare as Last Shift, Evil Games, Honeymoon, Bastard and Clown Town, deliver their first knockout of 2017 in THE SUFFERING.

Henry Dawles is at a crossroads in his life. A diminished bank account and baby on the way with his estranged wife has his personal life in total shambles. When Mr. Remiel, an elderly shut in, offers Henry a lucrative sum to appraise his rural estate, he accepts without hesitation. What follow is an exploration of mind and madness, as Henry finds his journey through Mr. Remiel’s estate to be as vast and beautiful as it is secretive and horrific, while the terrifying truth becomes closer every day.

Shot in late 2013 in Baltimore, Maryland, Rob Hamilton felt that prior to heading into post-production on his movie, that some extra money was needed in order to produce a more polished feature, and set about organising a ‘Completion Campaign’ on Kickstarter. There was a three-pronged goal to this endeavour, with all monies being directed at colour correction, sound design and the films score with a five thousand dollar target set; something that over the course of Spring 2014 was smashed by more than sixty percent, and the benefits of which are plain to see.

It defies most of the typical DTV flaws by having spent money in three areas which are often the frequent indicators of low budget filmmaking. David Newbert’s photography is aided by a palette that’s fine-tuned to the tone of the picture, while Lianne Ward’s score similarly works in unison to elevate Hamilton’s film from the over-populted trenches of bottom-shelfer’s.

The Suffering though is far more than just a middling horror movie with some extra coin spent on it. Right from the get go, the sight of Henry sat pensive on a bus stop bench, immaculately dressed and deep in the bowels of cornfield country hints at something far removed from the ordinary. It’s the little things that make it unique. Remiel’s farm, for example, is grandiose in nature and far removed from the typical horror movie cliché, while the man himself defies expectation too; a brooding atmosphere takes us inside his mysterious abode to discover a kindly old man (a little bit Richard Attenborough) entertaining himself with a recital of some Bach.

For a production that embraces drama and intrigue over cattleprods and gore, it’s a typically slow build, albeit one that rewards your patience with effective scares that should succeed at the very least in a universal clenching of butt-cheeks. Its real success though is the foreboding mystery that’s weaved right through up until its killer climax. Granted, the ending may well contain a little déjà vu, and I’m sure the majority will guess the direction it’s headed fairly early on, but as far as ambition is concerned, this tightly-plotted little indie deserves a lot of love. 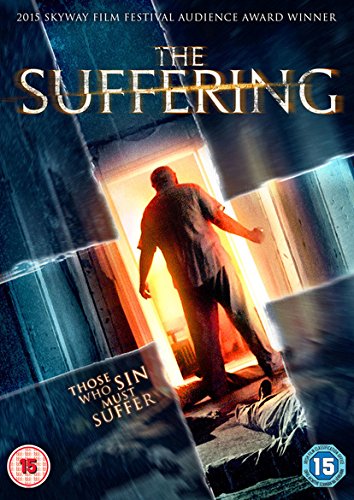 TWO good horror movies in the first week of January? It’s true. I know most of you will paraphrase Jerry Maguire in your excitement for VALLEY OF THE SASQUATCH (“You had me at Bill Oberst”), but here’s a picture, very similar in tone, pacing and appeal to The Suffering, that I really hope it finds a sizeable audience. Indeed so far it seems to have spent most of the last two years touring horror festivals en masse, and picking up a boatload of (evenly split) notices from a wealth of critics, but alas not too many real people. However, having just picked up a VOD release in the US for later this year, while 101 Films in the UK have brought it to disc, this should hopefully see plenty of like-minded individuals seeking it out.

After losing their home following a devastating tragedy, Michael (Miles Joris-Peyrafitte) and his dad Roger (Jason Vail) are forced to move to an old family cabin. Neither reacts well at being thrown into this new environment, while Michael’s attempts to patch up his relationship with his father are further complicated by the arrival of two old friends for a weekend of hunting. The ensuing trip into the forest not only unearths buried feelings of guilt and betrayal, but also a tribe of Sasquatch that are determined to protect their land.

Well-written characters and good casting give low budget movies a lot of credence, and this is where Valley of the Sasquatch hits pay dirt. Screenwriter John Portanova already has an enviable resume of delivering decent scripts for shoestring productions, notably The Invoking (2013) and The Device (2014), and here he steps behind the camera for his feature film directing debut. Exposition and background are the order of the day for the first third, and it’s pretty refreshing to see our two leads being given time to establish themselves before the inevitable hunt begins. The Sasquatch are seriously old school, albeit in an endearing way that’s adorably hokey, and besides, they take such a backseat to the human drama which lies at the core of Portanova’s film, that they’re rarely a distraction. Oberst pops up briefly and as usual adds his usual weather-beaten zing to proceedings, while the lush countryside of Washington chips in as an easy-on-the-eye extra to deliver a Bigfoot movie that’s both unique and affecting.

As seems to be the norm throughout the eighty-seven editions of DTV Junkyard, the movie with the most dough spent on it tends to be the clunker of the week, and sadly SATANIC does very little to reverse that trend. Four friends on their way to Coachella stop off in Los Angeles to tour true-crime Satanic Panic-era sites, only to find themselves interrupting an apparent human sacrifice. They save the young victim, but she turns out to be much more dangerous than the cult from which she escaped.

The presence of Jeffrey Hunt behind the camera, whose career stretches back a decade directing multiple episodes of CSI, The Vampire Diaries and Fringe, should ensure the glossy, crisply shot façade of Satanic should be bang average at the bare minimum, but instead it floats lifelessly in the wake of such bountiful resources in a sullen sea of abject tedium.

It’s drearily generic, which coming from Anthony Jaswinski who scripted the critical darling The Shallows (2016) is a surprise. Granted, I could name three recent shark orientated movies better than the former (Adrift (2006), The Reef (2010) and Bait (2012) since you asked), but it was still a fine B-movie capped by a spunky performance from Blake Lively. Satanic shows none of that though, with a narrative that has you repeatedly screaming “WHY?!” at your television screen, as you watch four soulless, uninspired characters shuffle round from location to location until the merciful appearance of the end credits. 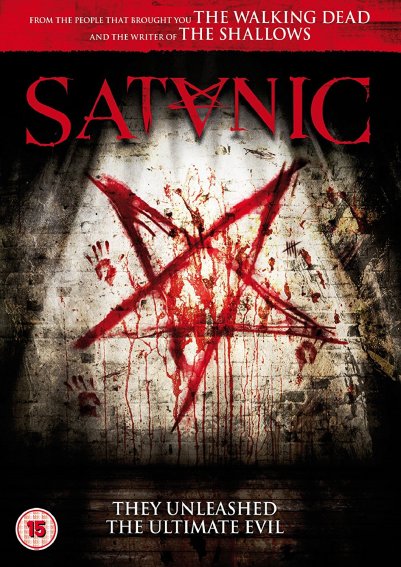