The postman cut a somewhat chastened figure this week as he foraged endlessly in his weighty sack for the contents of this weeks’ DTV Junkyard. In contrast to the dearth of direct to video fodder of late, this week is a veritable bounty. So, instead of cherry-picking the finest, this Junk Master figured you Hamster-lovers may want the full skinny of the whole shebang.

Of the seven direct to video curios that feature this week, little did I think a Scottish slasher would be the one to derive most pleasure from, especially when director David Ryan Keith himself conceded to Dread Central that “I can’t say this is the most original slasher film ever made”. He’s right too, and credit to him for admitting it, but this lack of originality in no way diminishes what is an uproarious eighty minutes of gore-soaked enjoyment.

Shot on the outskirts of Aberdeen for around fifty thousand quid, THE REDWOOD MASSACRE dusts down the usual slasher tropes by landing a group of friends slap bang into the middle of nowhere; in this case it’s the legendary murder site of Redwood Farm. With a sack cloth wearing behemoth of a man circumnavigating the woodland, it’s obviously all going to end in bloodshed.

Lisa Cameron stands out as Pamela, in what is generally a really competent cast aside from an occasional shaky performance and a bewildering set of eyebrows. If you overlook the fact the characters have as much depth as the shallow end of a swimming pool, and just rejoice in the hedonistic bloodletting of a home-grown horror, then for seven pounds or so, this is perfect midnight movie sustenance. 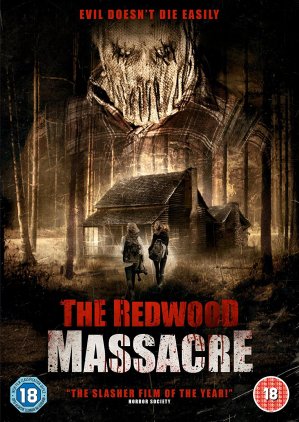 In recent months I haven’t shied away from sharing my disdain for the endless barrage of zombie solider movies. Give it up already! In saying that, the arrival of FALLEN SOLDIERS this week from 101 Films did pique my interest in a sub-genre I had no desire to revisit any time soon; the primary reason being that it at least showed some inventiveness with the fact it was set in the early nineteenth century, at the tail end of the Napoleonic Wars.

John Cross (Matthew Neal) is a solider on a mission; sent into no-man’s land to investigate rumours of a strange plague that’s ravaging the area, he discovers a secret French outpost, and a terrible plot to resurrect fallen French soldiers. I’ll admit, it’s fairly generic, but the fact that the filmmakers have shown the ambition to delve deep into some historical costumes department, displays the kind of ambition that’s been lacking in similarly themed narratives.

Cross’s story is told in flashback, and though the frontline sequences are cleverly orchestrated, well-acted and with some fine make-up, the initial expositional aboard a carriage that he intercepts, whereby he proceeds to tell his story, drags on for what seems an eternity. It’ll undoubtedly test the patience of the ADHD among you, and could have easily been trimmed to facilitate a brisker pace. Stick with it though, as it’s a British production that’s well worth your time. The budding filmmakers among you may want to stick around for the ‘making of’ as well as the commentary – billed incorrectly as the director’s commentary – that features five of the cast and crew and offers a wealth of interesting information. 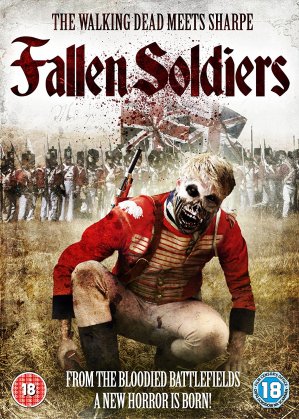 The spine of the film concerns a murderous child, Angel, who at the age of ten was imprisoned for the murder of abusive grandmother. Sentenced to life, she’s freed after fifteen years following pressure from a leading politician and given a new identity. As far as the public is concerned though, she’s dead, with the powers that be colluding to ensure an all too familiar smokescreen.

The narrative swings back and forth between Angel’s new life and the police investigation into her whereabouts, led by a truly impressive ass-kicking cop under the name of Bradbury (Margo Stilley). It’s far from a stinker, with a plethora of aspects to keep even the most sleep deprived awake, but generally speaking there’s just an ill-fitting pace to it. It feels like a two-part ITV drama edited into an eighty minute feature. Take a punt on a rental, but I think you’ll file it under missed opportunity. 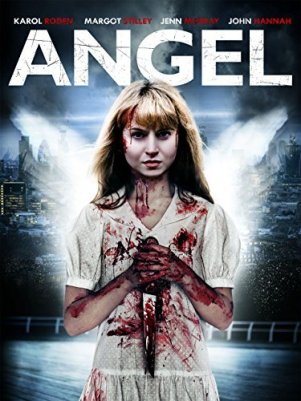 This week’s other British slice-of-average is UNHALLOWED GROUND. As with Angel, it’s far from being saddled with a gypsy’s warning, but as with the former, it possesses a heightened level of technical ability – it’s well shot, with a great location – but it’s just drearily unengaging. The set up itself is mind-numblingly contrived, with six students from two elite private schools being told to spend the night patrolling the grounds of the exclusive Dhoultham School. It’s part of their basic military training you see! However, as the final part of their exercise begins, a pair of hoods, intent on stealing some of the valuable artefacts held within the school, attempt to sneak their way in. Oh, and then there’s the ghostly goings-on aspect too…

That’s the REAL narrative, although what film distributor Kaleidoscope were smoking when they produced the DVD sleeve, I do not know. “As the lone moon rises over the wild and uninhabited moors, a group of friends find themselves desperate for shelter when they arrive at the door of an abandoned building”. Not to mention the cover image which is laughably far removed from the classic architecture of the school.

Anyhow, aside from the hair-tearing amateur escapades of the film company, Unhallowed Ground, despite its well written characters, never really gets off the ground to leave you pinned back into your seat with fear. Props are due for the impressive undertaking of making six privileged teenagers vaguely likeable, but generally speaking this is a humdrum affair that never gets out of second gear. 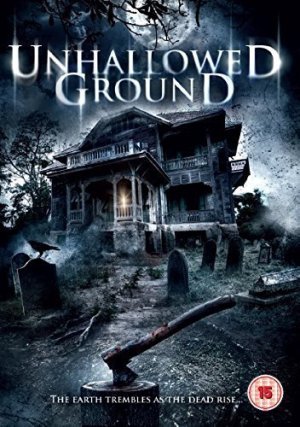 Speaking of found footage, this week’s first trip across the Atlantic brings us the perplexing SPECTER. Winner of the award for most genuinely nutzoid opening of the week, it begins with a surreal blend of fifties style ads for the seemingly utopian coastal town of Midground, along with apocalyptic warnings of a cataclysmic disaster. Such initial insanity eventually paves the way to normality where we find that this sleepy harbour town is about to come face to face with a tsunami.

Filming this is Chris (director Jordan Graham), who with his friend Chase (Joe Patron) are desperate to lay their hands on a demon new drug , so that they can face the impending disaster as high as a kite. However, the more they drive round their little town, the more they discover is askew. Fellow residents seem zombiefied and disorientated, standing motionless on street corners, while some of their own friends are wandering around in a catatonic state.

So many good ideas ultimately fall a little flat, as Specter is a maddeningly disjointed piece of work. Smatterings of chilling scares lack the necessary cohesion to make it a memorable or recommendable piece of filmmaking, and in the end it gets bogged down in its mumbled dialogue, fleeting characters and head-scrambling idiosyncrasies.

As is so often the case in the pages of DTV Junkyard, the more the horror movie costs, the more generically mediocre it will be. This is certainly the case for DEAD RISING. A spin off from the popular video game, it comes to the screen with Zach Lipovsky behind the camera; he of Leprechaun: Origins infamy, and was originally released through Crackle, an online platform backed by Sony Pictures Entertainment.

Taking place during a large-scale zombie outbreak, a mandatory government vaccine fails to stop an infection from spreading across the city. Four survivors must evade the zombie horde, whilst at the same time discovering the root of the epidemic, with all sign pointing to a government conspiracy.

With this relentless glut of post-Walking Dead zombie related fare, something like Dead Rising has to strive for startling originality in order for its head to rise above the parapet of bland and uninspired undead crud. Needless to say it falls far short of that, and though technically sound, and containing the occasional artistic flourish that elicits an audible “ooh”, it’s predominantly a very flat, and overlong bottom-shelfer.

…and finally. Not in any way a candidate for the Junkyard, this Farsi-spoken creeper nevertheless deserves some attention from schlock seekers like you people. A GIRL WALKS HOME ALONE AT NIGHT is set in Bad City, an Iranian ghost town; home to prostitutes, junkies and pimps, it’s a place that reeks of death and hopelessness, and it’s where a lonely vampire is stalking the towns’ most unsavoury inhabitants.

Dripping in monochrome gorgeousness, this California-lensed oddity is without doubt a slow burn of a feature. The artistry of early Jim Jarmusch is here, mixed with the absurdity of his latest, Only Lovers Left Alive.  It would be remiss to not mention Abel Ferrara’s The Addiction too, but having said that, A Girl Walks Home Alone at Night remains steadfastly single-minded.

Oozing with style and drool-inducing imagery, its cryptic nature will leave many shaking their heads in total bewilderment. My advice? Grab this piece of impeccable artistry, don’t think too hard about it and just sit back and enjoy the mysterious beauty of it all.